Hamble Marine Surveys have been asked to survey a RIB following gelcoat cracking appearing on the GRP moulded hull. Using tap testing, moisture measurement meters and stain the hull of this 7m RIB was mapped and the gelcoat cracking investigated for its significance and possible cause. Detailed inspections were undertaken externally and internally on the GRP hull and around load area especially around the transom and bow. 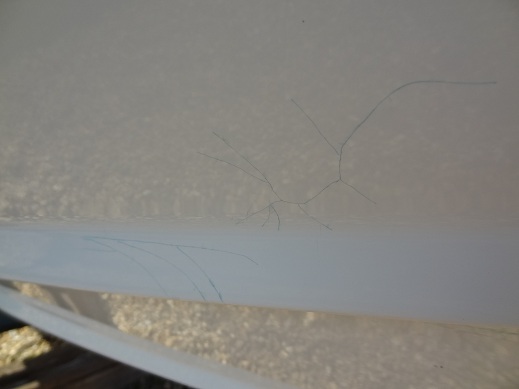 Using stain gelcoat cracks could be mapped and identified. 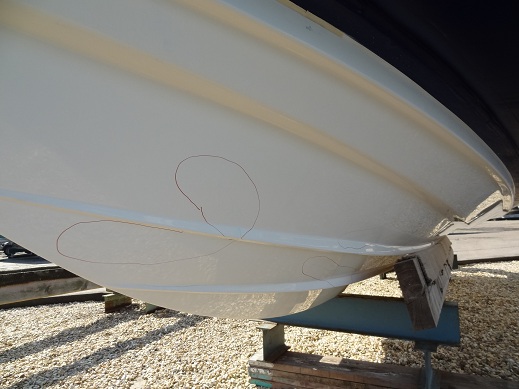 Larger areas of gelcoat damage were highlighted during the survey.

The outcome of the survey revealed that the hull had a manufacturing defect such that the hull was flexing and in high load areas the gelcoat was cracking in a manner such that the structural integrity of the hull was of concern. The RIB was declared unsafe to operate and after the manufacturers inspected the RIB and were presented with the survey report, they agreed to replace the RIB. A successful conclusion to what could have become a serious structural failure.

Contact Hamble Marine Surveys for advice and assistance if you have any concerns or you require a Damage or Condition Survey.